Members of the Temecula Valley Elks made donations and became Members of the Goal Buster Club. The members made donations totaling over $850. The money, along with previous donations, will help the Lodge become eligible for one of the Elks National Foundation grants. The grant will be used to benefit the children in the community. 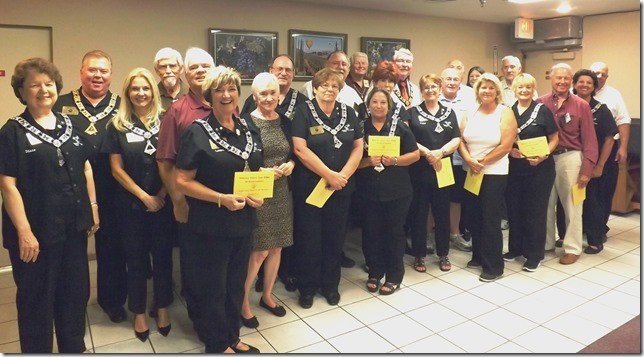