Here are a few of the programs developed by Grand Lodge to keep us true to our pledge: “So long as there are veterans, the Benevolent and Protective Order of Elks will never forget them.”

Just as the Elks/Wounded Warrior project assists injured veterans of the conflicts in Iraq and Afghanistan, the Elks’ “Army of Hope” assists the families of Military Reservists and the National Guard who have been called to active duty during these times of crisis. The response from members and non-Elks has been overwhelming, and government officials at the local, state and national levels have responded favorably to the initiative.

If you’ve ever been hospitalized, you know the loneliness and depression you can experience. Think how tough it must be for hospitalized veterans, especially those who are far from home or have no family. With that thought in mind, George Schwarz of Clawson-Troy, Michigan, Lodge devised a simple yet effective solution in 1980: the Adopt-a-Veteran program.

His idea proved so successful that it was picked up by the National Veterans Service Commission in 1983. Last year, Lodges across the nation adopted 47,000 veterans. The Elks visited with them on their birthdays and holidays and showered them with gifts and attention. They took those who could leave the medical centers out to dinner, and brought dinner to those who couldn’t. The Elks provided these men and women with comfort, companionship, cheer and understanding, and in the process helped lift some of their loneliness.

The object of the Adopt-a-Veteran program is to take the place of family, to replace loneliness with hope and to let the veterans know we will never forget them.

The Elks National Veterans Service Commission awarded Freedom Grants of $2,000 each to 75 Lodges which submitted well-crafted proposals to support veterans and our active military. All 75 Freedom Grants have been awarded. We thank you for your submissions, and we also thank the Elks National Foundation which supported this program in its inaugural year.

The Elks National Veterans Service Commission is the major source of hides and tanned leather used for recreational and occupational therapy throughout the Veterans Administration health care system. Elks Leather has become a national by-word among veteran patients everywhere.

Time between visits from friends and families can make hospitalization a drudgery for our veterans. Leather provides a form of relief by keeping minds active as well as providing exercise for injured and unused muscles. Veterans often enter wallets, clothing, belts and moccasins in Arts and Crafts shows sponsored by the Elks. 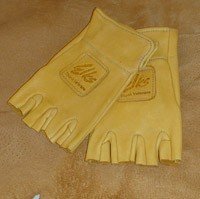 Recently, a program was initiated by Elks whereby tanned leather is cut and sewn into specially designed gloves which are furnished to veterans confined to wheelchairs, thereby protecting their hands during movement.

If you are a veteran, you can discover more about this program by contacting the Elks National Veteran’s Service Chairman

For the Order of Elks, veterans remembrance is a daily proposition. We never have, and never will, never forget the sacrifices these heroes have made so that we may be free. Furthermore, it has been a tradition for the BPOE to redouble its efforts on behalf of veterans in November, not just for Veterans Day, but for the entire month. For the Elks, November is Veterans Remembrance Month.

The Elks National Veterans Service Commission asks all Lodges to run a special event to commemorate Veterans Remembrance Month and to raise funds for the Lodge’s Veterans Service Commission. Many Lodges use the proceeds for special events in the VA medical center during the Thanksgiving and Christmas holidays. Some Lodges even invite those veterans who are able to take part in special programs and functions.