It was announced at the Mid-Term Conference in Sacramento in November that Robert Cassetta has stepped down as the First Vice President of the California-Hawaii Elks Association effective immediately.  Robert stated that he would be stepping down due to family priorities at this time. 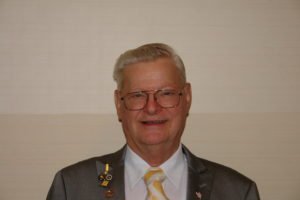 CHEA Inland District Leader, has replaced Robert and will fulfill the remainder of his duties as First Vice President for the year 2014-2015.  Don has been a member of the Victorville Elks Lodge No. 1877 for 33 years.