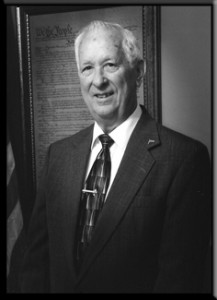 The Elk year is coming to a close and I would like you to know that it has been an honor serving as your President representing the members of the California-Hawaii Elks Association during this past year.

When the 2011 year began in Fresno, my goal was to bring Aloha to as many Elks and friends as I could. We visited many Lodges to demonstrate that “Elks Live Aloha” could bring all of us together as an Ohana. I believe that my goal was accomplished. My Vice Presidents are a perfect example of an Ohana. You should be proud of them. They became part of my family and did an outstanding job spreading Aloha throughout the Association. We all have built friendships that will last forever.

I made 19 District visitations and 17 other visits traveling a total of 28,234 miles by car and by air. Along the way we visited 78 Lodges. We were joined by an average of 9 Vice Presidents, many Past Presidents, District Leaders and other Association and Grand Lodge Committee Chairmen. Coleen and I found that “Elks Live Aloha” was alive and well at all of the Lodges we visited. The Lodges made us feel welcome and were gracious hosts.

As Coleen and I traveled, we saw some of the great work that the members of the California-Hawaii Elks Association do for our veterans. I know that all of the Lodges in California and Hawaii are working to help our veterans. I saw this demonstrated in every Lodge that we visited.

Volunteerism is an important ingredient in any successful Lodge. Every new member joins the Elks for a reason, and most will tell you that it was to get more involved in the community demonstrating that “Elks Live Aloha.”

We have witnessed the Elks Lodges’ many great accomplishments, and can see that the Order will remain strong into the future.

As the Elks year ends for us, my Vice Presidents and I want you to know that we will be there for you when the need arises, just ask.

Last, but not least I would like to thank my wife and your First Lady, Coleen, for her dedication and support this year. Without her this year would not have been as successful as it was.

Coleen and I look forward to the future as this outstanding year is coming to a close for us. Seeing old friends and making new friends throughout California and Hawaii while spreading Aloha has been a joy for us.